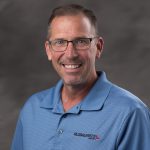 Bill Vickers was born in Tampa but moved to Washington state as a youth, graduating from Richland High School in Richland and attending Columbia Basin College in Pasco.  He also earned an A&P license at National Aviation Academy. Bill earned his Private Pilot’s license at Diamond Aviation in Savannah, Georgia after leaving National Aviation Academy with his A&P and went to work for Tampa North Maintenance Center working on fixed and rotary wing aircraft.  He moved to National Flight Sales Corporation in 1998 and joined GlobalParts.aero in 2017.

Due to natural disaster Global Parts Group is in disaster recovery mode. We are still open for business but may experience shipping delays. We will do our best to keep you flying!