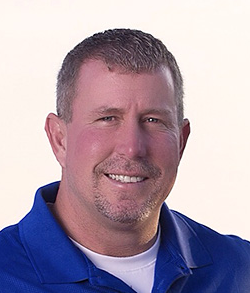 Troy Palmer is the President/CEO and founder of Global Parts Group, Inc. Incorporated in 2003, Troy brought his spare parts experience from his years at Raytheon Aircraft Company. With his background as a MRP Controller, Troy used his knowledge of aviation maintenance cycles and the corresponding aircraft to plan and project demand for the legacy aircraft no longer in production at Raytheon. Branching out on his own, he formed Global Parts as a parts distributor for their Legacy division. When Raytheon sold the company to the Hawker Beechcraft Corporation, in 2007, Global Parts Group was able to bid on and secure the entire legacy division of spares. Troy prides himself on the relationships and partnerships that he has formed during his 22 years in the aviation industry. With a passion for new programs and opportunities, he has been an integral part of the company growth for the past 14 years.